Is there a way to extract the exterior orientations from the trajectory from the images collected? This would be a game changer as both laser and RBG images could then be used for later photogrammetric work and othomosaics produced from the R2A pointcloud.

This is what the big boys do and I’m sure its possible since the PCPainterGL seems to be using exterior orientation data from the trajectory to project the images for the the colorization process.

@laserboy we are working to build that into PCPainter. But, in the meantime, we have a stand-alone script you can use: 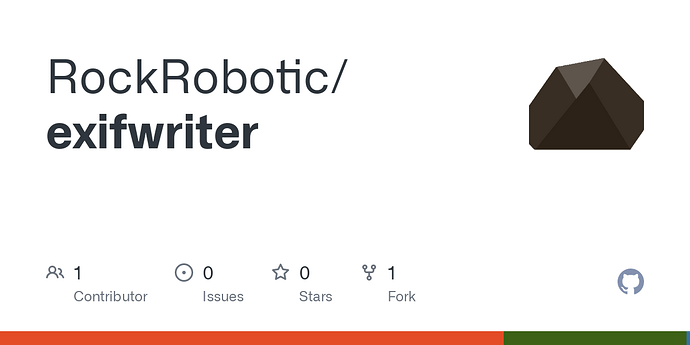 Contribute to RockRobotic/exifwriter development by creating an account on GitHub.

Thanks Alex. Will test that out tomorrow.

Thanks for the reply on a Sunday!

I’ve been able to import the camera image positions as a file into Pix4d from my Greenvalley lidar unit, but its not a simple process. The Pix results came out very good however.

A test run of this script shows that it does exactly what’s on the label, it writes the lat/long/height to the EXIF data of each image.

This is OK for standard workflows, but it could potentially be a very important part of the complete data that we could generate from the unit. For a directly georeferenced dataset that was captured at 40% side lap, we do not have enough overlap for aerial triangulation and should have a separate file with each image orientation (exterior orientation). This is what is normally collected from larger systems from Leica, etc.

Thus we can then process orthomosaics fairly easily since we have:

While aerial triangulation is possible at the 60% sidelap point, we are then going to be recreating a pointcloud that has already been done (via the laser) and are open to inaccuracies from the bundle adjustment. Not to mention that we will be both wasting time in the field by flying such a dense grid and in the office by processing the same dataset in a variety of ways.

Lets hope this is fairly easy to implement since the coordinates of each event marker seem to be interpolated from the script and that it now needs to be extended to the OPK information. Obviously this can not be written to the EXIF tags since none exist for that information and that a separate ASCII file would have to be generated.

It’s in pre-release right now and we are testing it now. I’ll write back when then latest PCpainter includes this new functionality natively.

Whoa! Sounds like you guys are far ahead of the curve already!

Looking forward to the new release.

Any update on this release? We utilize this information regularly in our Orthos since we are capturing photo/lidar at the same time. On linear missions, this info is critical to a solid process.

The new PCPainter spits out a CSV file with exterior orientations. We have successfully used this in a single test flight but not in production just yet. 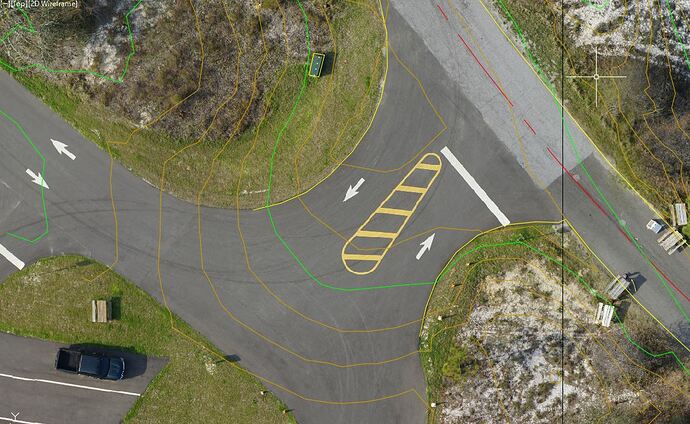 Is the new PCPainter version out yet? I also need this info… having trouble in remote areas getting the images to process correctly… Thanks!

@Jim.cornerstone the latest version can be downloaded from here: ROCK robotic Software Releases

The latest released version of PCPainter will create a csv file with lat, long, height, and positional data. If you need this written to the exif of the photos then you will need to use https://github.com/RockRobotic/exifwriter

Hey Alex, when using the EXIF writer, is there any way we can get the image’s created date/time info transferred into the “Date taken” metadata field? Not a show stopper from creating orthos, but when uploading to dronedeploy to do so it wants to use the camera’s original date time (1/1/2014). When using it on the same site with multiple visits, that’ll create issues for the customer’s records in the DD system.

@RSI_Eric absolutely! Let me see what we can do.

@RSI_Eric and here you go!

I have tried the latest version as well as a couple previous versions and the application runs, but does not edit the exif on the images. I am using the newest versions of PCMaster - is there a chance the format of the photolist csv changed and is causing this to fail?

@iaerobotics did you try the latest release? It was just released today. The csv did change in the latest version of PCMaster.

Updates for the latest version of PCPainter csv.